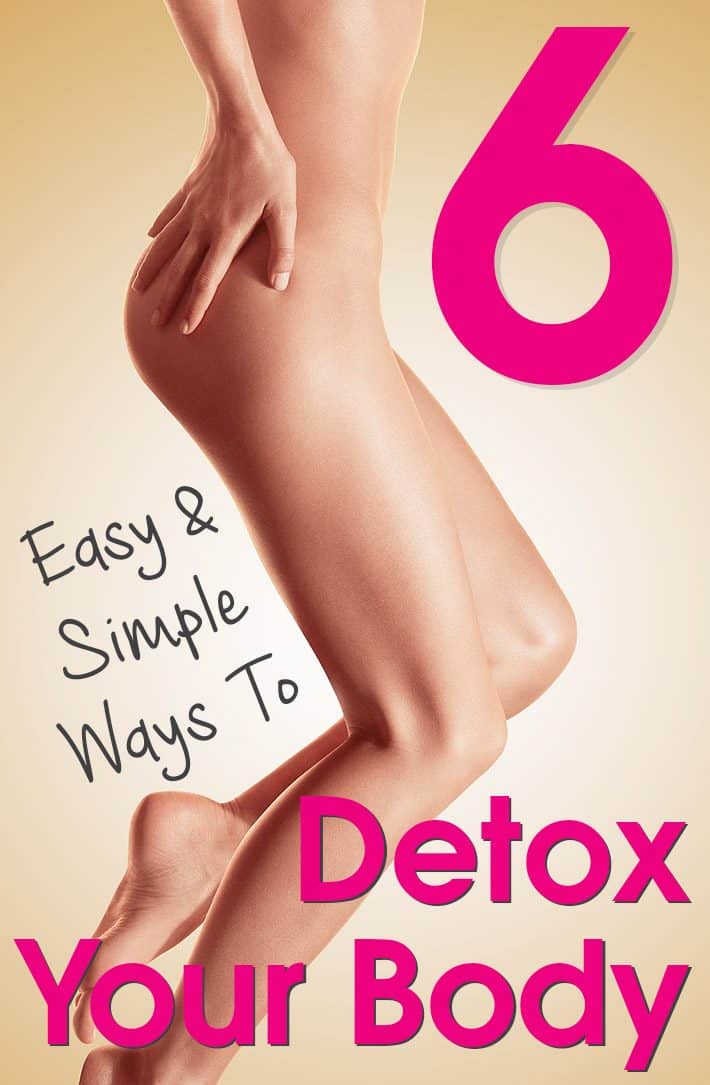 The body is made up of 70 percent water and needs around 6 to 8 glasses a day to keep it hydrated and help flush out toxins. Even if you think that you are drinking enough water in a day, take your intake to a whole new level.

If there is one thing that can easily and naturally help you to detox your body, it’s definitely water. We tend to think that we’re drinking enough when we really need to increase our intake dramatically. 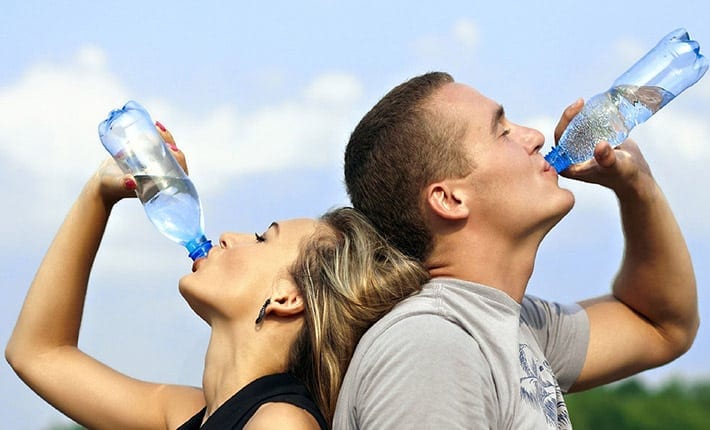 You can start your mornings with a glass of room temperature lemon water  (room temperature is important since cold foods and drinks can shock your system and cause the digestion process to slow down.).

Squeeze half a lemon in and wait 15 to 30 minutes after drinking it to eat breakfast. Why it’s so good for you: Lemons are packed with nutrients and immunity boosters like vitamin C, potassium and pectin fiber, which curbs hunger cravings. They also help speed up enzyme function and stimulate the liver so your body can flush out toxins.

Processed food has a bad reputation as a diet saboteur. It’s blamed for our nation’s obesity epidemic, high blood pressure and the risk of Type 2 diabetes. But processed food is more than boxed macaroni and cheese, potato chips and drive-thru hamburgers. It may be a surprise to learn that whole-wheat bread, homemade soup or a chopped apple also are processed foods.

3. Replace a Meal Each Day With a Detoxifying Smoothie

Turning to a smoothie for one of your meals is a great way to jumpstart your metabolism and to kick your digestive system into overdrive. You will notice that natural energy that you feel and you will also enjoy that some of the symptoms that you suffer from daily are gone with this natural boost.

Detox smoothies are a powerful weight-loss tool that you can (and should) use every day.

With a good smoothie blender, you’ll be encouraged to make them every day and find your weight loss and detox goals are easier to achieve. Detox smoothies are an easy and delicious way to flush your body of toxins and help lose weight fast.

A good recipe follows that incorporates natural and healthy ingredients that will promote digestion, introduce fiber, and help you to perform a cleanse in a regular and natural way. 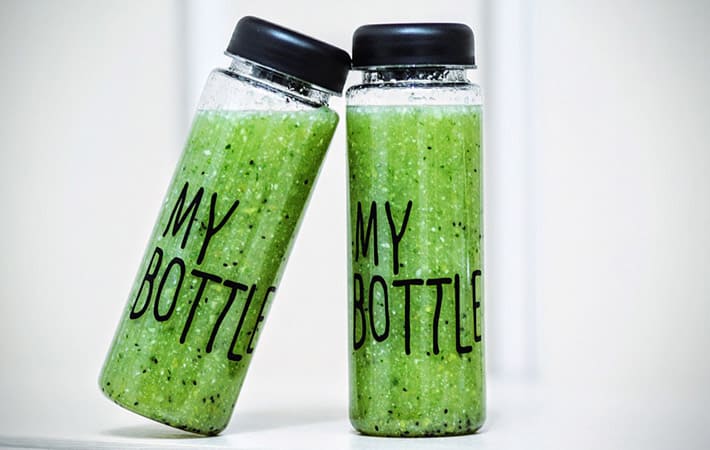 If the mixture is too thick, add a little more water.

Even if you don’t add salt to your meals, many foods are already high in salt.

Most people eat too much salt without even realizing it. You could be eating too much because about 75% of the salt we eat is already in the food we buy; only a small amount is added to our food at home. WASH wants to help you choose how many salt manufacturers put in your food eaten either at home or away from the home.

Salt puts up our blood pressure, raised blood pressure (hypertension) is the major factor in strokes, heart failure and heart attacks, a major cause of death and disability worldwide.  There is also increasing evidence of a link between our current high salt intake and stomach cancer, osteoporosis, obesity, kidney stones, and kidney disease.

Adults should eat no more than 5g of salt a day, and children even less according to the World Health Organisation.

5. Turn To Organic Foods When Possible

Stick to foods that are as close to nature as possible. If you don’t understand the ingredient list, avoid it. Think seasonal and organic foods instead.

When you choose the right organic foods then you avoid the toxins that can be harmful to your health. This is a simple way of detoxifying the body and all it takes is making good choices at the grocery store. 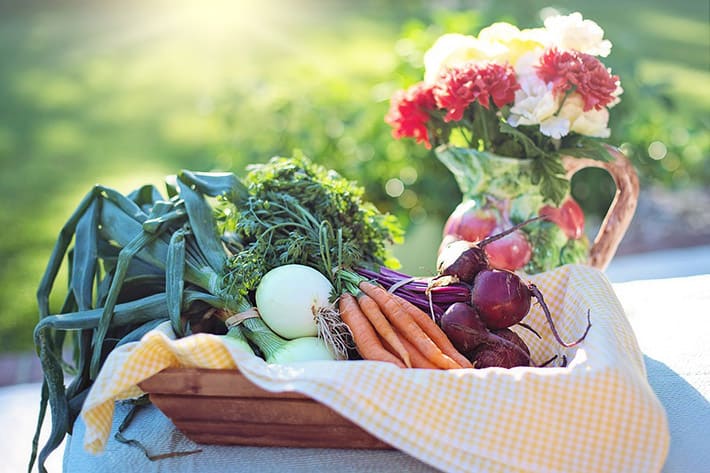 Be diligent about knowing which organic foods really count, reading labels, and staying away from foods that could harm you. Making healthy choices like this will really help you to get rid of toxins that you were previously ingesting, and get your body to a much cleaner and healthier point.

Spices have been revered for their health benefits throughout history. They act as a stimulus to the digestive system, relieve digestive disorders and some spices are of antiseptic value. 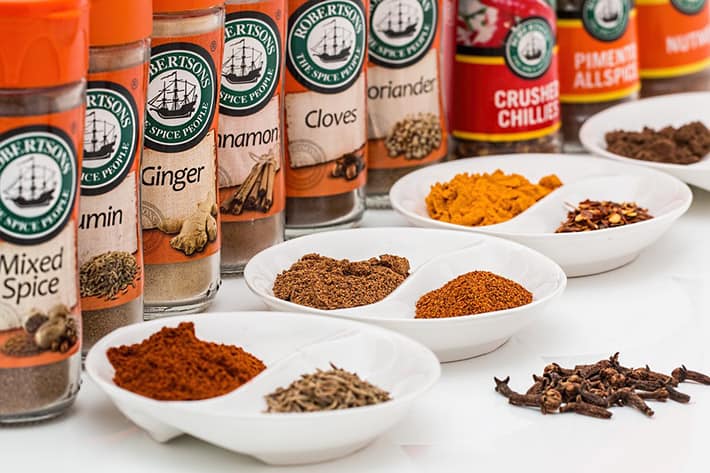 Ginger – Although you probably know ginger best as a stomach soother, it may also help you feel fuller and even burn more calories. When overweight men ate breakfast with ginger “tea” (powdered ginger dissolved in hot water), they felt more satisfied and ate less throughout the day than men who were given the same breakfast with just hot water, says research in the journal Metabolism. Plus, the men who drank ginger tea burned about 40 calories more just digesting their meal.

Try simmering a few slices of ginger root in boiling water to make a ginger root tea which will aid digestion. Ginger in food has the same effect.

Cinnamon – Besides its ability to pep up both sweet and savory recipes, cinnamon has been proven to help people with diabetes control glucose levels. New research shows it may even help non-diabetics keep blood glucose stable, especially after meals.

Cayenne – Because it contains capsaicin, cayenne is linked with healthier hearts as well as lower rates of many diseases. The trick is to think beyond super-hot food recipes or meat: Even people who don’t normally like intense spices say a little bit can jazz up many vegetable recipes.

Research has shown that adding just one teaspoon a day of cumin to yogurt for three months will help you lose three more pounds than those who don’t. And those taking the cumin each day lost three times as much body fat (nearly 15 percent) as the group just taking the yogurt along without the cumin added.

Turmeric – This bright yellow spice, which usually stars in curry dishes, is a proven anti-inflammatory, with benefits for everything from cognitive health to cancer prevention. (But talk to your doctor—turmeric has been shown to interfere with some types of chemotherapy.) Add it to soups and stews.

End the night with chamomile tea. Not only does it help with insomnia, but it also aids in breaking down your final meal. 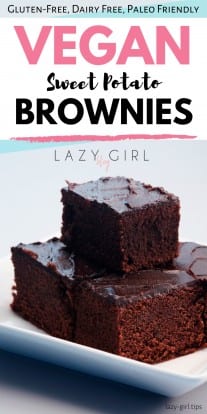 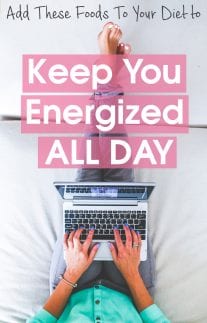 Add These Foods To Your Diet to Keep You Energized All Day 3 years ago
← Life-Changing Lesson: Mom Uses Toothpaste To Teach Daughter A Lesson About The Power Of Words
How To Fix A Hair Color Disaster →
Subscribe